According to Computer Business Review Online, SAP has decided to extend its maintenance commitment for SAP S/4HANA until 2027. Despite SAP’s goal to push customers to fully migrate to S/4HANA much sooner than that, it seems that there may be some major hesitancy from SAP customers.

But, 2027 is pretty far away, so who needs to worry about migrating - right?

Massive amounts of unnecessary ABAP customizations within existing SAP systems can actually result in unnecessarily high levels of costs to own and maintain. During times of crisis, such as that which many industries are experiencing due to the impact of COVID-19, it is now more important than ever to ensure that the TCO of SAP systems are kept in check and actions are taken to lower SAP costs.

Watch or listen to the webinar to learn more about the ABAP Analysis Dashboard, a free application that helps companies quickly identify ABAP customizations and provides modernization for SAP systems. So, how do ABAP customizations affect costs within SAP systems – whether companies have already migrated to S/4HANA or have an older version of SAP?

There are a few questions to ask before you can confidently answer this question as each business system and case is different.

Questions like these tend to be difficult for customization and conversion teams to answer - but they don't have to be.

Understand how ABAP customizations are affecting your SAP system and how you can easily eliminate unnecessary technical debt within SAP and lower SAP costs now- not later. Rapid application development platforms, such as EdgeReady Cloud, help to automate and streamline the modernization process while increasing speed to market. NANCI, the #1 ABAP cost analysis application, is also a beneficial solution to help you identify ABAP customizations and TCO.

Contact our team directly to have NANCI installed, today. 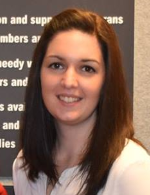 Elizabeth has spent over a decade collaborating with IT professionals around the world and enjoys writing about best practices in innovation.

How Mobility Solutions Improve Up-time for Every ERP

Mendix vs OutSystems vs Pillir: Find the Right Low-Code Solution