Not enough business owners understand that cleverly-designed, mobile business applications can serve as an enabler of IoT environments, solving a demanding set of requirements. As a company that creates customized, low-code mobile software business apps, we’ve been called upon to address some unique IoT situations that involve complex workforce, transport, and connectivity issues.

Certainly, IoT and edge computing bring terrific benefits to a range of markets, especially manufacturing, agricultural, industrial, and even fleet-based environments, where large enterprises must track the performance of great volumes of machinery, products, and personnel. Yet some of these settings can present major challenges, such as rustic surroundings, lack of connectivity, distributed locations, and inclement or unpredictable climates. All of these elements can affect the ability to gather data electronically from devices at the edge of the network.

Here are some innovative use-case designs that, when implemented, could deliver remarkable capabilities in difficult IoT environments:

Scenario 1: Transmitting service data, literally out in the fields.  Pillir was approached by a large global manufacturer of agricultural equipment that does business in 60 countries, including the US and Canada. The manufacturer was looking to expand its services business for their high-end tractors. They had sold thousands of sophisticatedly designed tractors with embedded IoT sensors to farmers, who spent their days in far-flung fields. 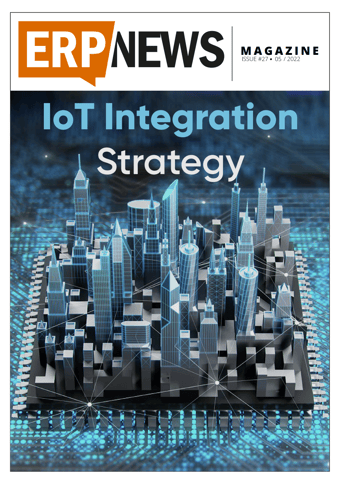 This manufacturer wanted to augment its original tractor sales with a services business, automating this process via technology, without having to invest resources in perpetually cold-calling owners to pitch maintenance. This represented a lucrative new revenue opportunity.

Each tractor’s many sensors gathered operational data, which was then uploaded to the manufacturer and used to track vehicle maintenance needs. The manufacturer would then generate alerts to the farmers on how and when to best service their vehicles based on the tasks and functions each tractor had undertaken. This allowed the farmers to keep their equipment in optimal running condition and protect their investments. The problem? Uploads were being inhibited by the equipment spending most or even all of its time in pastures with no connectivity, resulting in the info not being communicated back.

However, intelligently-designed mobile apps could leverage the Bluetooth of the tractor operators’ smartphones to upload the mechanical data from the sensors, even in areas without connectivity. The vehicle maintenance data was transmitted from the phones to the manufacturer’s network once farmers finished their work and returned to areas with an active connection.

Scenario 2: Monitoring the Integrity of Frozen Perishables. A major food logistics company transported frozen perishable food all across the country, with the imperative that certain foods remained at the desired temperature to keep those products fresh and viable. The company wanted to track and monitor temperatures of their cargo along their drivers’ long-haul routes. The logistics company created an IoT-based system that gathered granular data on how long the different packaged foods stayed frozen and at what temperatures.

Pillir designed phone apps for drivers that uploaded that transmitted data from sensors on the refrigerated packaging while in-transit. Similar to the strategy with the tractors, data was constantly collected on the drivers’ phones during their routes, regardless of the connectivity of their locations.

Data was then relayed to the logistics company headquarters once drivers reached a connected area. This system functioned reliably even when drivers changed routes, since the mobile apps were customized to track individual shipments regardless of which driver’s phone received the data. The apps were able to accommodate and manage the complexity of the company’s national routes.

Scenario 3: Sophisticated Workforce Management Through Sensor-Embedded IDs. A major international construction company that worked with a range of subcontractors like cement companies, plumbers, and excavators was tasked with tracking the hours and duties of close to 20,000 workers. These teams were distributed across multiple branches and job sites, including challenging settings like underground facilities, dig sites, and oil wells. The company needed visibility over all these environments, since many workers were paid a high hourly rate to operate expensive heavy equipment.

Pillir designed customized apps for each sub-contractor and department. These sensors could be placed in areas throughout the job sites and on equipment, in addition to throughout the company’s offices. The specialized ID cards would communicate with the sensors, then relay a data “map” of where, when, and how long each employee worked and the equipment they used.

Data was gathered on the users’ phones no matter what the connectivity of the location, and transmitted when those workers were back in range of an online connection. The construction company could use that data to accurately account for and compensate each employee. The design served as a high-tech “punch clock” across an extremely complicated workforce.

In each of these scenarios, the mobile apps could be run on any standard cell phone. They empowered IoT infrastructures regardless of conditions, and no matter how dispersed or broadly traveled the employees (and their equipment or cargo) tended to be. In each case, those mobile software solutions were enablers of unique, complex IoT environments