No-code, Low-code to Transform-code: The Evolution of Code

There is a lot of confusion in the market between No-Code and Low-Code integration. Both of these terms have been used interchangeably, both from a marketing perspective as well as from a technology perspective. People deep in the industry understand the difference between them, however as the terms are gaining wider exposure, a lot of people, including technologists do not understand the difference between them. In this article, we will explain both No-Code and Low-Code as well as Transform-Code.

The earliest days of rapid application development involved simple programming routines and tools that automated basic tasks. The first widely-adopted “low-code” tool--and still the most popular--is Microsoft Excel. No one looks at it that way, but consider that Excel revolutionized the market by giving people power to do simple calculations, use tables, and for advanced users, provide room to write code to do advanced functions. It is still the most widely-used low-code tool that no one thinks about.

The “low-code” concept has come a long way since the days of Excel and Lotus Notes’ primitive capabilities. Now, complex business applications are being built using this principle, leveraging tools that automate essential functions. This saves the user time and helps ensure accuracy. It allows companies to build and run complex business applications using a rapid application development tool instead of writing code. This is a godsend in light of the current global developer shortage.

The question remains, what are the differences between Low-Code and No-Code programming?

Think of No-Code tools as Lego™ blocks. What if you could build complex business applications using pre-configured blocks of code? Blocks that are intuitive and self-explanatory. For example, like Legos, the characteristics of the block tell the developer what he can do with it. For example, given the shape of the Lego block, its color, and the number of notches, you can fit the pieces together and build what you need. What if the same went for the application? A person does not need to know what the block does or how it is built. As long as the blocks can be connected, developers can literally build anything they want--saving precious time and labor. This applies to simple applications, complex code, or even mission-critical business applications used globally for large enterprises.

That’s how No-Code integration works. It is essentially meant for anyone who understands logic, is a little bit tech-savvy, and has a comprehensive understanding of their company’s business needs. Gartner has coined a term “Citizen Developers,” but these workers can really be anyone in the organization. Typically No-Code development falls to business analysts, super-users, team leaders, or the end-users themselves. Like with Legos, anyone who can understand the concept of building blocks can program something useful through a No-Code tool. 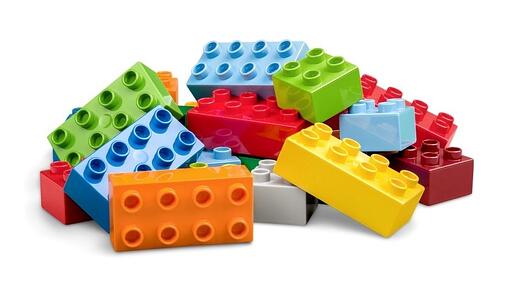 While the No-Code approach can solve a lot of problems, it has its own hurdles when the developer needs to build-in some complexity. What if there is no “Lego-block” available that does what the user wants to achieve, whether that’s an integration, an action, a unique process, or something else? The only option in this scenario is to wait for the vendor to create and release that new Lego block for you.

Large-scale enterprises have unique, large-scale challenges. No one can guarantee that a vendor will be able to create and supply all the blocks an enterprise will need to build customized business applications. This is where Low-Code comes into play.

Low-Code gives you the same building blocks as a No-Code platform, but provides something extra:  A software development kit that the enterprise can use to build its own “Lego blocks.”

This way, when an enterprise needs something unique or extra, it doesn’t have to wait for a vendor to provide additional code. This not only eliminates the user’s dependency on the software vendor but also increases developer productivity.

Some software vendors target both Citizen Developers and professional developers with a No-Code and a Low-Code tool. These tools can be combined into one, or they could be used in separate environments catering to different types of people. Most vendors support both paradigms and call themselves No-Code / Low-Code providers--which may contribute to the market confusion. Make sure the vendor you approach offers whichever discipline meets your needs. 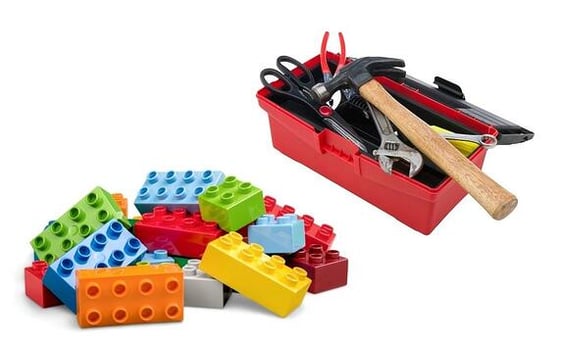 Low-code, differing from transform-code is like pre-build blocks plus the tools to create new blocks

So where does Low-code really fall short if it provides developers with a kit to build their own set of programming“Lego blocks?” In large enterprises, quite a few business units have legacy applications built and running for decades. These old applications need to be rewritten, not only because they are built on retiring technologies, but because business processes evolve quickly. Moreover, a lot of changes have been done to these applications over time. Often, the people who wrote or changed these applications are no longer in the organization or have graduated from programming. So a certain amount of the vital, tribal knowledge that was inherent in these applications is already lost.

If someone were to recreate this application using a more modernized code, they would need to learn how it was built in the first place and the nature of its business process and logic, then recreate it to some extent and extend the new code to the new business process changes. This can be a long, tedious, and expensive process. A low-code tool can definitely help in building the application quickly and giving it a modern interface, but much of this effort will still just be to get the new application to the point of the existing legacy app, without enhancement or improvement. The bigger problem for developers is to understand what the previous developer was thinking, and why he made the choices he did ten, 20, or even 30 years ago. This is where both no-code and low-code tools fall short.

Transform-Code takes Low-Code a step further by transforming the legacy application code into Lego-like objects that the developers can then take forward. In that case, the developer may not need to learn the old programming language, understand the legacy process and recreate everything to get to the same point. Instead, the “Transform-Code” tool can do the job of scanning the old legacy code, understanding the logic, and recreating it as a programmer's version of a Lego block, which the developer can use going forward. 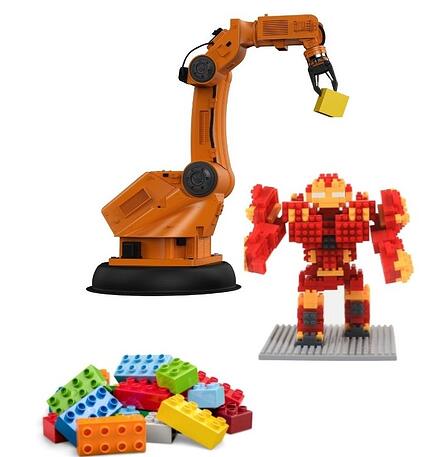 This transformation of legacy code is never 100% of the transformation process. Nevertheless, the tool gives a jumpstart to transforming a legacy application into a modern application by automatically converting raw, legacy code into building blocks--and even putting them together to form a new basic application that mimics the original legacy version. This not only saves a lot of time, effort, and energy but the developer can simply focus on the new things this new application needs to do. They can devote their energies on establishing the “delta,” or the difference between the old legacy application and the new application as required by the stakeholders of the business.

This helps the business standardize their digital transformation process, as these building blocks can be re-used when needed. Furthermore, the code can be maintained by anyone, since the tribal knowledge within the application is built into the overall system, now in one person's mind. Anyone who understands the “Lego block” concept will be able to now take over the application maintenance, allowing the developer to move on to better things.

Watch 100-seconds of transform-code in action

How to Run and Integrate Processes in SAP and Salesforce