Most enterprises that have used an SAP enterprise resource planning (ERP) system for a decade or more share a common challenge: They lack a clean SAP digital core. The issue stems from the fact that when those companies implemented SAP, they found that even though SAP provided the majority of the capabilities they needed, they required additional functionality to support unique processes. So, for the last decade or more, these companies developed custom code in Advanced Business Application Programming (ABAP), SAP’s proprietary language, and made changes to their SAP core.

A recent survey by the American SAP User Group and Pillir found that 91 percent of SAP users rely on custom code for objectives ranging from advancing digital transformation and building a competitive edge to meeting regulatory requirements and improving user experiences. Furthermore, the survey revealed that 57 percent of users report up to 50 percent of their mission-critical processes depend on using customizations – and 13 percent say more than half are supported by custom code. 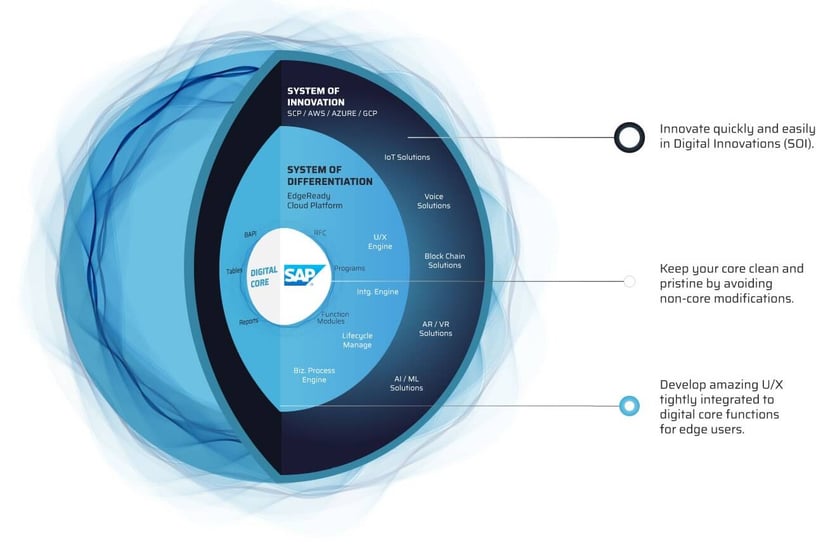 When a company develops its own custom application, of course, it isn’t maintained by SAP. The burden to test a custom application when SAP issues a new release or security patch and make sure it works correctly and securely falls to the enterprise that created it. It’s more than a nuisance. It can also make the enterprise vulnerable to cyberattacks. Because testing is time- and labor-intensive, some businesses are out of step with security patches, even six or seven behind. That means they’re vulnerable until they catch up, rolling the dice that they won’t become victims of an expensive and brand-tarnishing data breach or ransomware attack.

Furthermore, because struggling with the lack of a clean SAP digital core is primarily an issue for long-time users, there is a great likelihood that the developers who created the custom applications have moved on to other roles, retired, or resigned. For the most part, enterprises have lived with the technical debt from code developed in the past that has become irrelevant and new developers aren’t familiar with. But it still costs money to test and maintain.

When an enterprise wants to move to a new SAP environment, such as implementing RISE with SAP to transition to Cloud ERP or migrating from ECC to S/4HANA, a clean SAP digital core makes the process much easier. However, without it, enterprises face roadblocks to moving to the new system – and the new competitive advantages that the transition provides. Using legacy development processes, migrating custom code represents time, costs and risks that, unfortunately, some businesses have concluded are barriers too big to overcome, and their digital transformation is stalled.

Moreover, a clean SAP digital core isn’t only a matter here and now. It will also be key to keeping pace with changing technology – and with your competition -- in the future. SAP has begun to include messaging to users that suggests reducing dependency on ABAP customization. SAP has announced a schedule in which users will need to migrate to a new system every five years. That means that even early SAP S/4HANA adopters with custom code could now face barriers migrating to the new version if they have custom ABAP code. And it’s a problem that all SAP users have to address to control their IT budgets. SAP users will pay more for support if they don’t migrate on schedule, and analysts estimate the cost of technical debt will increase with each new SAP release.

A Practical Way to Keep a Clean SAP Digital Core

The solution is to eliminate technical debt or at least to reduce it dramatically – and it is actually easier than it sounds. As you migrate to S/4HANA or other modern systems or even before, you can also migrate from custom ABAP code that alters the core to side-by-side integration. This allows your custom applications to remain outside the core while deeply integrated with SAP without losing any business logic or custom business functions.

However, the challenge then becomes finding a way to convert ABAP. The most effective solution is to use a low-code/no-code platform. Pillir’s ABAP Modernizer enables developers to map ABAP objects into modern objects running on Pillir’s platform, implemented in modern code, in much the same way as you’d load a text file into a spreadsheet. While large portions of the conversion are done automatically, Pillir gives your development team full control to review and make necessary changes before creating your modernized app with side-by-side integration with SAP. And while the systems run side-by-side you still maintain full ownership of the intellectual property and the code itself.

Additionally, Pillir’s EdgeReady Cloud platform also includes a tool that helps you discover technical debt before the modernization process begins. Again, Pillir puts you in control, allowing your team, even stakeholders with limited technical and development expertise, to understand which custom objects have the largest financial impact on their budget and decide on which code should be digitized and migrated to your new IT environment and which should be eliminated.

Additionally, a low-code platform provides benefits for greenfield as well as brownfield projects. When your business or enterprise requires new SAP app development, it can be easily and quickly done either by your internal team, your SI, or by the Pillir team. The platform offers graphical, drag-and-drop functionality with minimal coding, making development and integration faster and easier. There’s no need to wait to schedule projects only for developers with cloud expertise.

You may be able to leverage SAP solutions, such as SAP Fiori, but if you require more than just the most basic customizations to those templates, the project can become complex and time-consuming. However, with Pillir, featuring simplified development via Scratch-style blocks, anyone on your team can develop and integrate apps, customized to meet your operation’s specific requirements.

With the apps then running separately from the core, as separate services, all the overhead required to maintain the software and the hardware it's running on is eliminated with no need for constant maintenance and testing.

Furthermore, the apps you convert or create in Pillir keep the SAP digital core clean moving forward, allowing you to make changes or migrate them to new IT environments without having to go back to square one or slow down digital transformation.

To learn more about the easy way to clean your core and eliminate technical debt, and how Pillir can help you create these apps to fit you SAP environment and your unique processes, contact Pillir. 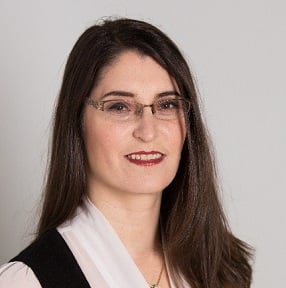 Why The Best Legacy Migration Solutions Are Low-Code

No-code, Low-code to Transform-code: The Evolution of Code