Developer Studio allows you to develop Java-based, multilayered applications. It’s a suite of development tools, including user interfaces, business logic, and Java persistence, as well as standard and SAP-specific technology, including programming models such as Web Dynpro and Java EE 5.

Developer Studio is based on the open-source platform Eclipse, which SAP actively contributes to, particularly the Web Tool Project. Because it’s open-source, developers can extend the platform with plug-ins on the Eclipse platform.

One of the most significant benefits of Developer Studio is that it isn’t necessary to work between different development environments to build different layers of an application. Developer Studio covers the entire life cycle – develop, build, deploy and execute – for Java. The platform is also flexible, allowing you to build offline and test on a local server before deploying to SAP NetWeaver. Efficiency and productivity gains come from Developer Studio wizards and graphical editing tools that save time and development costs.

HANA Studio, also based on open-source Eclipse, is an integrated development and admin environment for SAP HANA on the GUI tool. It runs on a developer’s server connecting to the SAP HANA server and can access and manage a local or remote SAP HANA database. 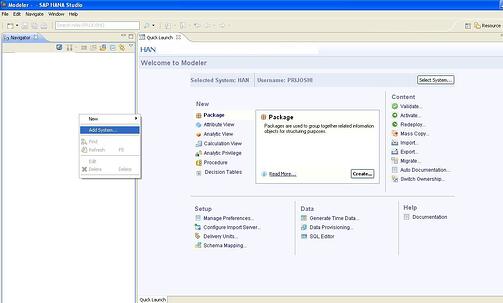 This tool supports RFC services, based on TCP/IP, that allows developers to connect SAP to the devices and external systems you use. It can be used with ABAP as well as other programming languages. Within the SAP S/4HANA environment, SAP Gateway, along with OData services, share data with SAP Fiori apps. 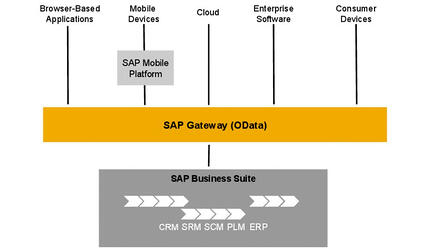 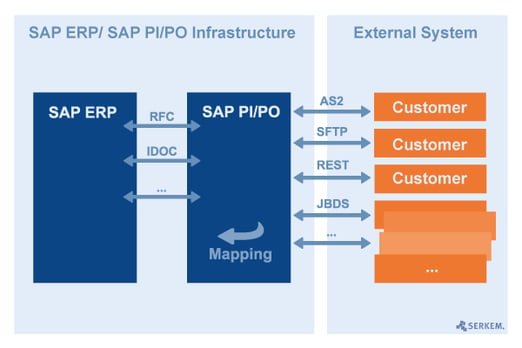 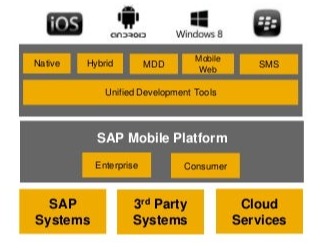 In addition to application development and integration, SAP Business Technology Platform (SAP BTP) and the SAP Cloud Platform (SCP) give developers access to database and data management, analytics, and integration with intelligent technologies. 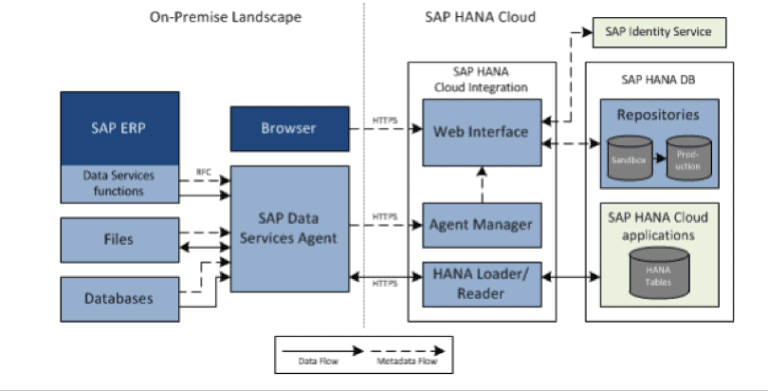 Cloud Connector allows developers to connect SAP BTP applications and their organization’s on-premises systems. This tool also provides a layer of security, acting as a reverse proxy between the systems so that it’s not necessary to configure on-premises firewalls to allow access from SAP BTP. 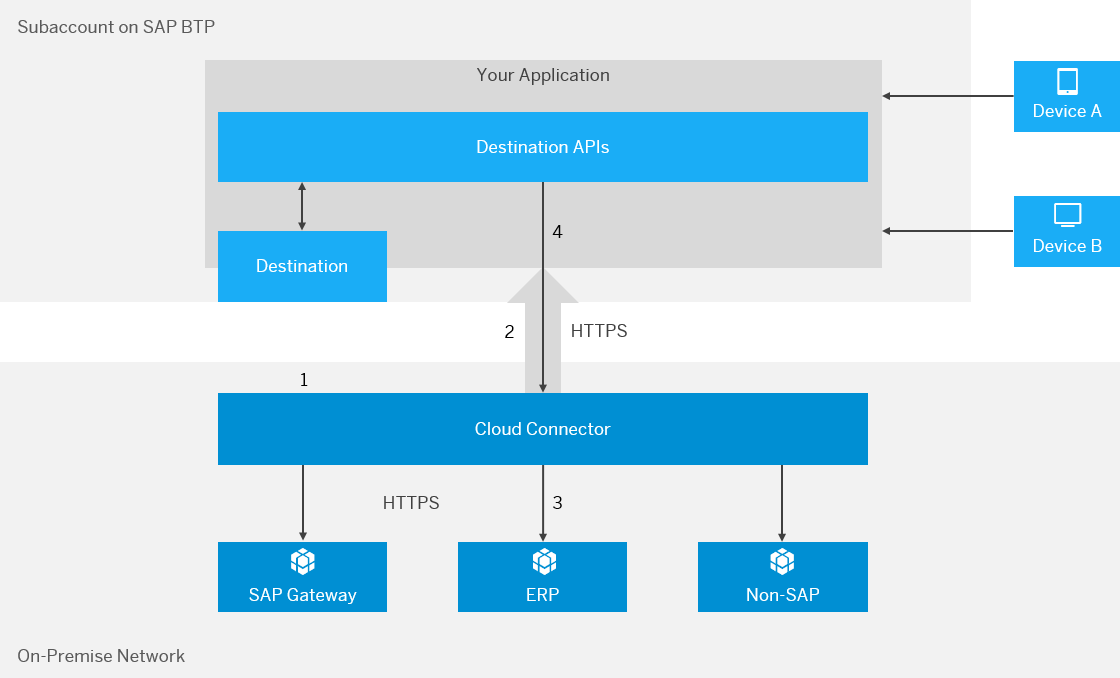 Although development tools help developers by not requiring them to start from square one with every project, traditional development processes are still time- and labor-intensive. Teams looking for ways to see more gains in application development speed should consider a low-code platform.

The SAP Fiori application library contains more than 300 role-based device-agnostic applications that expand SAP core functionality to address needs across a range of industries. Developers can leverage apps in SAP Fiori that align with business needs, making minor modifications to customize them for their operation. However, if developers must make extensive customizations, they’ll still need to write custom code for each OData version used to connect apps to SAP.

SAP AppGyver provides more flexibility, providing a graphical interface that allows developers to build apps with drag-and-drop functionality. However, because SAP acquired the platform, which wasn’t designed from the ground up to integrate with SAP, developers may still need to devote significant time to projects. 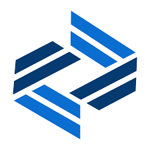 Your development team has another option for streamlining development in SAP NetWeaver. Pillir is specifically designed for deep integration with SAP without reliance on connectors or appliances. Your team doesn’t have to spend time building OData connectors. With Pillir’s EdgeReady Plug-in, data flows through SAP to Pillir rather than Pillir talking to SAP via APIs.

In addition, Pillir provides your team with a graphical tool that you can use for discovery and collaboration, giving all stakeholders the ability to contribute, even if they don’t have app development expertise. The close collaboration enabled by Pillir helps ensure that the app will meet users’ expectations, saving time on rework.

Pillir also provides additional benefits. Apps built in Pillir have “heavyweight” offline capabilities that enable mobile workers with intermittent or no connectivity to work without interruption. They can continue the same workflows, whether offline or online, thanks to Pillir’s platform that includes conflict resolution, error management, data security, persistence, and a process continuity engine.

Pillir also saves developers time during testing, automating tests via simulation or robotic testing capabilities that over 350 real devices across the range of network providers. 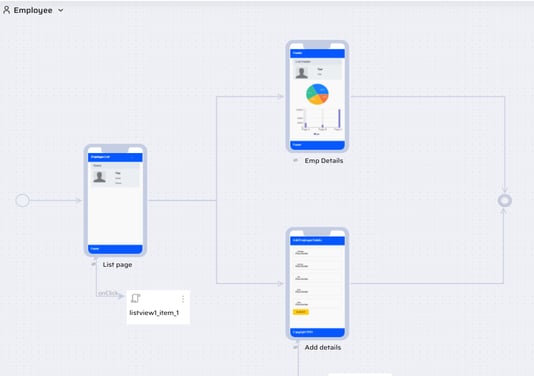 Our final thoughts on ABAP Development Tools for SAP NetWeaver

With the demand on developers to produce as quickly as possible, it’s wise to use every tool you can, whether SAP ABAP Development Tools for SAP NetWeaver, additional SAP tools, or a low-code tool specifically designed for deep integration with SAP that can simplify app development and management.

Furthermore, Pillir is offered with consumption-based pricing, so instead of paying a set subscription price or by the seat, you only pay for what you use. This makes it finically feasible to use Pillir to complement the other tools your development team relies on to equip your teams with the apps they need.

Contact Pillir for a free demo and to learn more.

Kapil is the Director of Customer Enablement at Pillir, has over 20 years of techno-functional experience in implementing enterprise business solutions for various industry verticals such as Logistics and Warehouse management, Production and Manufacturing, Oil and Gas, Hi-Tech and Retail Industry clients. He is passionate about successfully deploying solutions using the EdgeReady Cloud. His experience and expertise in EdgeReady Cloud and understanding of business processes ensure that the deployment is always successful and on time. Before joining Pillir, Kapil worked with SEAL Consulting implementing SAP solutions for various global enterprises such as Chevron, Estee Lauder, HP, Celestica and others. He holds a Master's degree in Computer Applications and Business Management and lives in Monroe Twp, NJ with his wife and two kids.

BPM vs. Workflow: Which is Best to Optimize Your Processes?

Why The Best Legacy Migration Solutions Are Low-Code